Published in Mint on 11th February 2014, Written by Kapil Mehta 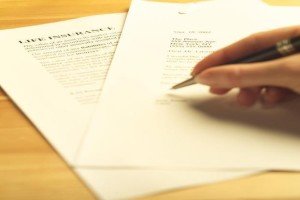 Do critical illness protection riders offered by life insurance companies serve the same purpose as health insurance?
—Avik
Health insurance is a broad term that covers several types of insurance products—mediclaim or indemnity-based, critical illness, hospital cash or accidental injury.
Generally health insurance is used synonymously with mediclaim and is different from critical illness. Mediclaim pays for actual hospitalization costs. Critical illness pays a fixed amount if you are diagnosed with a pre-specified disease. The critical illness benefit is independent of the actual treatment costs and is not a replacement for mediclaim.
From a risk standpoint, mediclaim is meant to compensate for actual medical costs incurred. Critical illness helps compensate for the subsidiary and often hidden costs of a major disease. For example, you may have a loss of income or family members may need to travel with you or you may need nursing support at home. Buying mediclaim is the first priority, while critical illness is a good complement.
Until a few years ago, the only way to buy critical illness benefits was as a rider to a life insurance policy. Today, several stand-alone critical illness plans are also available. A good critical illness rider or stand-alone plan should cover over 10 critical illnesses and exclude pre-existing diseases for not more than four years.
I am being appointed as the nominee for my uncle’s life insurance policy in preference to his children, who are the legal heirs to all his assets. What is supposed to be my role?
—Karuna D.
If your uncle passes away, your role will be to receive the money from the insurer and then give it to the children, who are the legal heirs.
The role of a nominee was clarified by the Supreme Court in 1983 in the Sarabati Devi versus Usha Devi case, where the court ruled that the laws of succession supersede a nomination made under the Insurance Act, 1938. This ruling has been upheld in several instances after 1983.
I stopped smoking two years ago. Should I apply as a non-smoker for life insurance?
—S. Goel
In the proposal form, declare that you stopped smoking two years ago and apply as a non-smoker. The insurer will then let you know what rates will apply. The insurer’s response will depend upon their view of the smoking risk, number of years you have been smoking as well as the sum assured applied for.
Many insurers require five years of non-smoking to give non-smoker rates. A few insurers will do a cotinine test to determine the nicotine level in your body and then decide.