A person becomes liable for damage to any property or person caused by the services offered by his business. For providing professional service or advice, a person can face claims of negligence or breach. Under professional indemnity insurance ‘Indemnity’ defines as follows:

Read More: What is Extended Claim Reporting Clause in Professional Indemnity Policies and How does it work?

The insured in this case is secured against any breach of professional duty due to any act of negligence, error, or omission.

Read more about its claiming procedure

The act of negligence, error, or omission committed by: 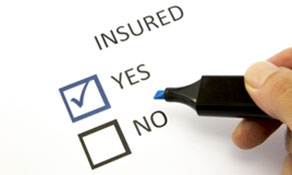 The policy Period’ is the period beginning on the effective date and hour and ending at midnight on the expiry date. mentioned the beginning and ending dates in the schedule of the insurance policy taken.

Gautam and Anita were married for the last 55 years. They had a daughter named Sheela who was 28 years old. On the 55th marriage anniversary of the couple, they decided that they will make their respective ‘Will Agreements’ and secure their daughter’s future. To start the work on their will agreements, they approached Mr. Sinha, who owned a law firm. The couple gave Mr. Sinha a deep insight into their property and asked him to start the process.

After two days, Anita approached the law firm and told Mr. Sinha to make her will separately and transfer her maternal property to her birth child which she had when she was a teenager. Her husband, Gautam had no clue about this son, and hence she told Mr. Sinha to keep this information confidential until her death.

Anita’s secret was out, and it created havoc in her marriage. This entire situation took a toll on Anita and caused her considerable distress. Anita filed a complaint in writing against the law firm for breach of her confidential information.

Mr. Sinha had taken a professional indemnity insurance policy which saved the law firm against the claim.

Arun, a 30-year-old individual was in the tiffin service business for three years. His business had prospered and word of mouth led to more and more business. Arun decided that he will also start an online tiffin delivery service. He gave the project of his website design to a graphic designer. After the instruction given as per Arun’s requirements, the graphic designer began with the project. After 15 days, designed the website and handed it over to Arun.

Arun now handled his business by taking online requirements of tiffins services as well. After some days, Arun received a notice from a firm about the unlicensed use of their tiffin images on the website. Therefore, he immediately sued the graphic designer for his negligence and loss. The graphic designer had bought a professional indemnity insurance policy. He approached his insurance company. Thus, investigated the matter and settled the claim.