Source: Wall Street Journal
There’s an art to napping.
Studies have found different benefits—and detriments—to a nap’s timing, duration and even effect on different people, depending on one’s age and possibly genetics.
“Naps are actually more complicated than we realize,” said David Dinges, a sleep scientist at the University of Pennsylvania’s Perelman School of Medicine. “You have to be deliberative about when you’re going to nap, how long you’re going to nap and if you’re trying to use the nap relative to work or what you have coming up.” 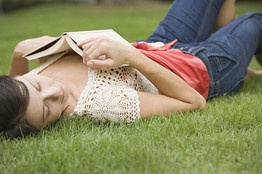 For a quick boost of alertness, experts say a 10-to-20-minute power nap is adequate.

A snooze on the couch on a Sunday afternoon may seem like the perfect way for a responsible adult to unplug. But at a time when roughly one-third of people report not getting enough sleep, more naps, albeit short ones, might make for a more functional workforce, researchers say.

How Long to Nap