There’s an art to napping.

Studies have found different benefits—and detriments—to a nap’s timing, duration and even effect on different people, depending on one’s age and possibly genetics.

“Naps are actually more complicated than we realize,” said David Dinges, a sleep scientist at the University of Pennsylvania’s Perelman School of Medicine. “You have to be deliberative about when you’re going to nap, how long you’re going to nap and if you’re trying to use the nap relative to work or what you have coming up.” 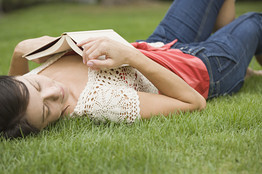 For a quick boost of alertness, experts say a 10-to-20-minute power nap is adequate.

A snooze on the couch on a Sunday afternoon may seem like the perfect way for a responsible adult to unplug. But at a time when roughly one-third of people report not getting enough sleep, more naps, albeit short ones, might make for a more functional workforce, researchers say.

How Long to Nap

Sleep experts break sleep down into several stages, which the brain cycles through roughly every 90 to 120 minutes. These stages are broadly characterized into non-rapid eye movement (NREM) sleep and rapid eye movement (REM) sleep. NREM is further broken down into stage one and two, which are considered light and intermediate sleep, followed by slow-wave sleep. Awakening from slow-wave sleep, the deepest kind, results in what doctors call sleep inertia or sleep drunkenness: that groggy feeling that can take awhile to shake off. Finally, there’s REM sleep, often associated with dreaming.

Sara Mednick, an assistant psychology professor at the University of California, Riverside, said the most useful nap depends on what the napper needs.

For a quick boost of alertness, experts say a 10-to-20-minute power nap is adequate for getting back to work in a pinch.

For cognitive memory processing, however, a 60-minute nap may do more good, Dr. Mednick said. Including slow-wave sleep helps with remembering facts, places and faces. The downside: some grogginess upon waking.

Finally, the 90-minute nap will likely involve a full cycle of sleep, which aids creativity and emotional and procedural memory, such as learning how to ride a bike. Waking up after REM sleep usually means a minimal amount of sleep inertia, Dr. Mednick said.

Experts say the ideal time to nap is generally between the hours of 1 p.m. and 4 p.m. Napping later in the day could interfere with nighttime sleep.

The body’s circadian rhythms help people to expect to be awake in the morning and early in the night. “So if you take naps when your brain doesn’t expect to be sleeping, you feel kind of thrown off,” contributing to the sleep inertia effect, said Rafael Pelayo, a clinical professor at Stanford University School of Medicine’s Sleep Medicine Center.

A telltale sign of being very sleep-deprived, he said, is dreaming during a short nap. “Definitely in a 20-minute nap you should not be dreaming,” he said.

Ilene Rosen, an associate professor of clinical medicine at Penn’s Perelman School of Medicine, said the ideal duration of a nap is still being debated, but generally speaking the “10-to-20-minute nap is really the optimal time in terms of bang for your buck.”

Leon Lack, a psychology professor at Flinders University in Australia, found in a 2006 study in the journal Sleep that among shorter breaks, 10-minute naps packed the most punch.

The study compared naps ranging from 30 seconds to 30 minutes, testing 24 participants at each of several intervals. After each nap the individuals were tested on a variety of mental-processing tasks. The sharpness of the 10-minute nappers became apparent “right away,” Dr. Lack said, and remained apparent for about two to 2 1/2 hours.

Those who took 20- and 30-minute naps tended to feel groggy immediately after the nap for up to about 30 minutes. From there, they showed mental sharpness similar to what researchers saw from the 10-minute nappers, with that sharpness lasting a bit longer.

Jonathan Brandl is a Newton, Mass.-based consultant who works from home. Up at 5 a.m. to hit the gym, he finds himself fading around 2 p.m. His solution is a fast snooze in a comfy chair in his den. His trick for waking up: He holds a pen or pencil in his hand, which usually falls about 10 to 15 minutes into his nap, waking him up.

“After the nap, I feel totally refreshed and then power through the rest of the day,” the 56-year-old Mr. Brandl said.

Though napping at work often remains taboo, experts say growing scientific evidence of its benefits has led select workplaces to accept it.

The 60-minute nap may not be kosher in most workplaces, but it also has its pluses.

In a 2012 study in the journal Neurobiology of Learning and Memory, researchers split 36 college-aged students into three groups. Each group learned a memory task, pairing words on a screen with a sound. Afterward, one group had 60 minutes to nap, another 10 minutes. The final group didn’t sleep.

Upon retesting, the napping groups fared better, as expected, said Sara Alger, lead author of the study and a postdoctoral research associate at the University of Notre Dame.

More interesting, she noted, was that on further testing, including a week later, the 60-minute group performed far better than the 10-minute group, which now performed as poorly as the non-napping group. The researchers concluded that slow-wave sleep—only experienced by the 60-minute nappers—is necessary for memory consolidation.

Researchers continue to explore why some individuals don’t seem to benefit from naps. Dr. Mednick said ongoing studies are looking at potential genetic differences between habitual and nonhabitual nappers.

Kimberly Cote, a professor of psychology and neuroscience at Brock University in St. Catharines, Ontario, said individuals who don’t normally nap tend to slip into the deep stages of sleep more quickly than those who do. Studies have found through monitoring brain waves that regular nappers are good at maintaining a light sleep when they nap and show better performance improvements than their non-napping counterparts.

“We’re not sure what those individual differences are,” she said, “if that’s something that they’ve learned to do over time or if there’s something biologically different that allows them to nap like that.”

Another trick to waking up perky after a short nap is to drink a cup of coffee before sleeping. Caffeine won’t hurt such a short break and should lessen the effect of sleep inertia.

Dr. Dinges recommends sleeping partially upright to make it easier to wake up. Studies, he said, have found that not lying totally flat results in avoiding falling into a deeper sleep.

“A lot of people say, ‘I only need four hours of sleep a night.’ There’s a few of them around but not very many,” he said.

Authored by Sumathi Reddy at sumathi.reddy@wsj.com

A version of this article appeared September 3, 2013, on page D1 in the U.S. edition of The Wall Street Journal, with the headline: A Field Guide to the Perfect Nap.